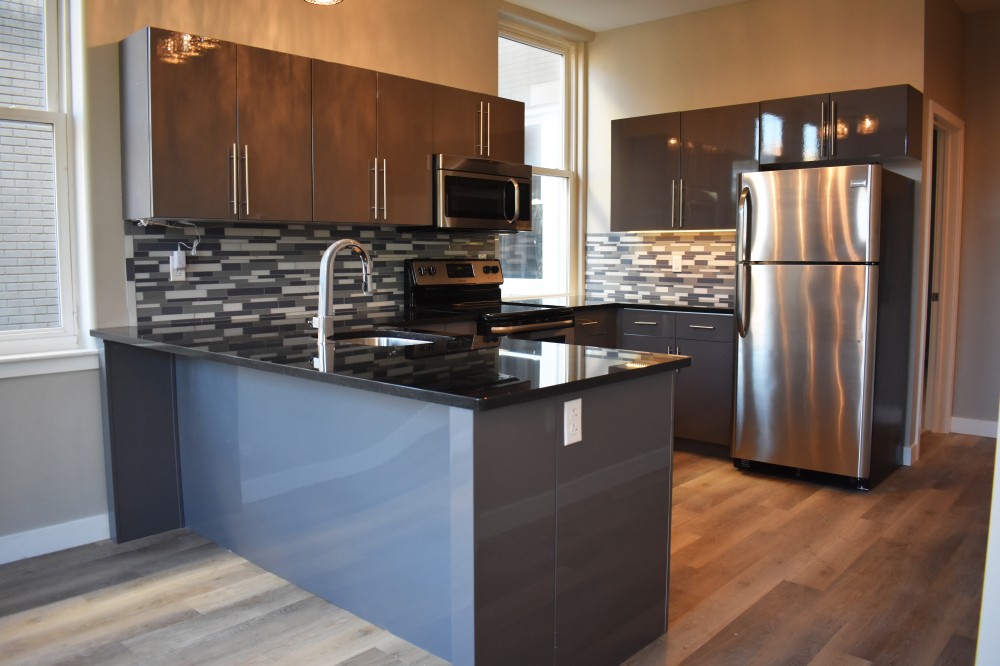 .       Jasko Development returns New Britain's historic 29,000 sq. ft. Rafael Building at 99 West Main Street to its past glory with the unveiling of 16 newly-outfitted one and two bedroom luxury units. Built in 1925 and added to the National List of Historic Buildings in 2016, the transformation of this iconic office building into an urban mixed-use apartment/retail complex can be a game changer for downtown New Britain. A ribbon cutting ceremony will take place on Thursday, August 31, 2017 from 5-7 p.m.

"These apartments, so near to the CTfastrak station, and their ambitious conversion from dormant office space to very attractive market-rate apartments, make this project a shining template for transit-oriented development and perfectly complement the tremendous job that New Britain city leaders have done in revitalizing the beautiful Central Park and the entire downtown area." says Avner Krohn, Jasko Development Chairman and CEO.

In 2015, The Connecticut Main Street Center (CMSC) chose this ambitious project as one of its initial pilot "Come Home to Downtown" program.  This CMSC program encourages the creation of more vibrant main streets through the conversion of under-utilized downtown properties into much needed housing stock.

No stranger to the rejuvenation of New Britain's historic buildings, Jasko Development has completed similar projects with the refurbishing of the nearby Andrews Building in 2005 and Rao Building in 2008, creating viable mixed-use properties in buildings that were once derelict. Both buildings occupy prominent positions on Main Street in downtown New Britain.

Trailblazers in the development of historic, multifamily, commercial, mixed-use properties, as well as turn-key healthcare facilities and build-to-suit medical, dental and retail projects, Jasko is a privately-owned real estate company focused on developing, owning and managing a diverse portfolio of properties throughout the northeast United States.

What type of property are you looking for?